IN PURSUIT OF ENVIRONMENTAL SUSTAINABILITY

At Molycop, sustainability means aligning our business strategy to meet societal needs, while minimizing environmental impact and advancing social development. This commitment is embedded at every level of our Company

The long-term success of Molycop requires the integration of sustainability into all aspects of the business. Sustainability means that we do things efficiently and responsibly in terms of the environment, people and the economy. It is Molycop’ s goal to make a positive contribution to society and create lasting benefits for stakeholders in a manner that is responsible, transparent and respectful to the rights of all.

END_OF_DOCUMENT_TOKEN_TO_BE_REPLACED

Acting sustainably is key to our strategy and integrated into how we do business. We believe that fostering a positive and lasting societal impact is not only good for our business but good for all our stakeholders. Operating a safe, responsible and profitable business that cares for and respects its employees, the environment and the communities that host us, is how we want to be known, measured and driven.

Our investment in finding innovative solutions to improve how we use energy, water and minimise waste is yielding results and delivering outcomes not only for Molycop but also for our customers and communities.

We believe in developing strong, enduring and mutually beneficial relationships with the communities where we do business and contribute to their economic and social development. We strive to be an employer of choice and are committed to goal zero meaning our people go home to their families in the same state that they arrived at work.

We work hard at being good stewards of the environment, ensuring we do our bit to so that future generations are afforded the same opportunities to improve their quality of life.

Climate change is a global challenge that requires a collaborative market and policy response. We aim to avoid or, where this is not possible, minimise our impact, while contributing to lasting environmental benefits across the regions where we operate.

We are focused on reducing our carbon footprint with a number of initiatives currently underway. These include projects such as lighting changes to more efficient LED products, ongoing investments in operational efficiencies, the purchase of renewable energy, responsible water management and stewardship at our plants, improved waste management, our ongoing commitment to the circular economy and where possible, the use of recycled products.

All of these initiatives contribute to ensure we leave the world a better place for future generations. The Circular Economy In Practice

The economy of the past, is built on single use “take, make and dispose” principles involving extracting resources, making products, using them once or only for a short time, then disposing of them.

A circular economy keeps products and raw materials in use for longer, through recycling, repairing, repurposing and reusing.

It is about changing the way we produce, assemble, sell and use products to minimise waste and to reduce our environmental impact. It is about valuing our resources, by getting as much use out of products and their raw materials as possible and reducing the amount of waste we generate.

During its 100 years of operation Molycop has played an important role in the economic and social development of many of the countries in which it operates.  In Australia, Molycop manufactures and supplies high quality products and services to the mining and rail transport industries.  Molycop’s entry into an Electricity Power Purchase Agreement (PPA) represents a new chapter in this tradition, reflecting its support for the renewable energy investment that has been made in regional NSW.

Michael Parker, President Molycop Australasia, said “This agreement is an important milestone for Molycop. It provides strong support to Australia’s pipeline of renewable energy infrastructure projects that will also benefit the wider community.”

In recognition of our ongoing sustainability initiatives, Molycop’s efforts have been recognised across our international operations.

In Peru, we were presented with the ‘Green Seal’ award, along with only five other companies in Peru, in recognition of our efforts to power our manufacturing plants using renewable energy.

The national efficiency seal, in the gold category, granted by the Ministry and Sustainability of Chile which were awarded to our two plants in Chile for their ongoing efforts to reduce energy consumption.

Molycop’s Newcastle operations were awarded the Environmental Excellence Award at the 2019 Hunter Manufacturing Awards following their Sustainable Power Purchase Agreement with Flow Power, which has resulted in over 50% of their Newcastle plants electricity consumption now being backed by offtake agreements with the Bomen Solar and Sapphire Wind Farms.

Our partnership with UNSW was recognised by BHERT as a model example of private companies working with public research institutions.

In North America, our operations in Canada and America were recognised for their ongoing efforts to reduce energy consumption in their manufacturing plants.

Molycop’s La Joya plant in southern Peru is situated in one of the driest places on earth.  With no onsite water supply, water had to be transported by trucks to the plant every day.

Water is crucial to the function of the plant, with the largest consumption occurring during the heat treatment process which generates hot water that needs to be cooled down in order to be recirculated.  Molycop plants traditionally use cooling towers to perform this function, however this technology does result in water losses due to evaporation.

Click on the link below to read about the innovative ways this facility is reducing water consumption. These partnerships have allowed us to stay at the cutting of sustainable product innovations and thought leadership.

Collaborations between companies and universities are critical drivers of the innovation economy.  These relationships have long been a mainstay of corporate research and development (R&D) — from creating the knowledge foundations for the next generation of solutions, to serving as an extended “workbench” to solve short-term, incremental problems, to providing an employment pathway.

In addition to serving as sources of people and ideas for corporations, university collaborations are an important mechanism for corporations such as Molycop seeking to open up new avenues of engagement with a broader innovation ecosystem.

Our partnership with UNSW was created through a shared belief in the importance of innovation and forged through the ongoing exchange of knowledge and resources.  From such ground breaking innovations such as “Green Steel’, to our most recent work in the circular economy space, we look forward to seeing the fruits of our endeavours for many years to come.

This partnership also provides Molycop with access to world leading research facilities, equipment and researchers, to help us provide innovative solutions for our customers.

The Australian Research Council (ARC’s) purpose is to grow knowledge and innovation for the benefit of the Australian community through funding the highest quality research, assessing the quality, engagement and impact of research and providing advice on research matters.

Molycop and UNSW have been the recipients of two rounds of ARC research funding over the past 5 years.

Working with UNSW, our projects include partnering with Nespresso to recycle used coffee pods, and transforming them by using; 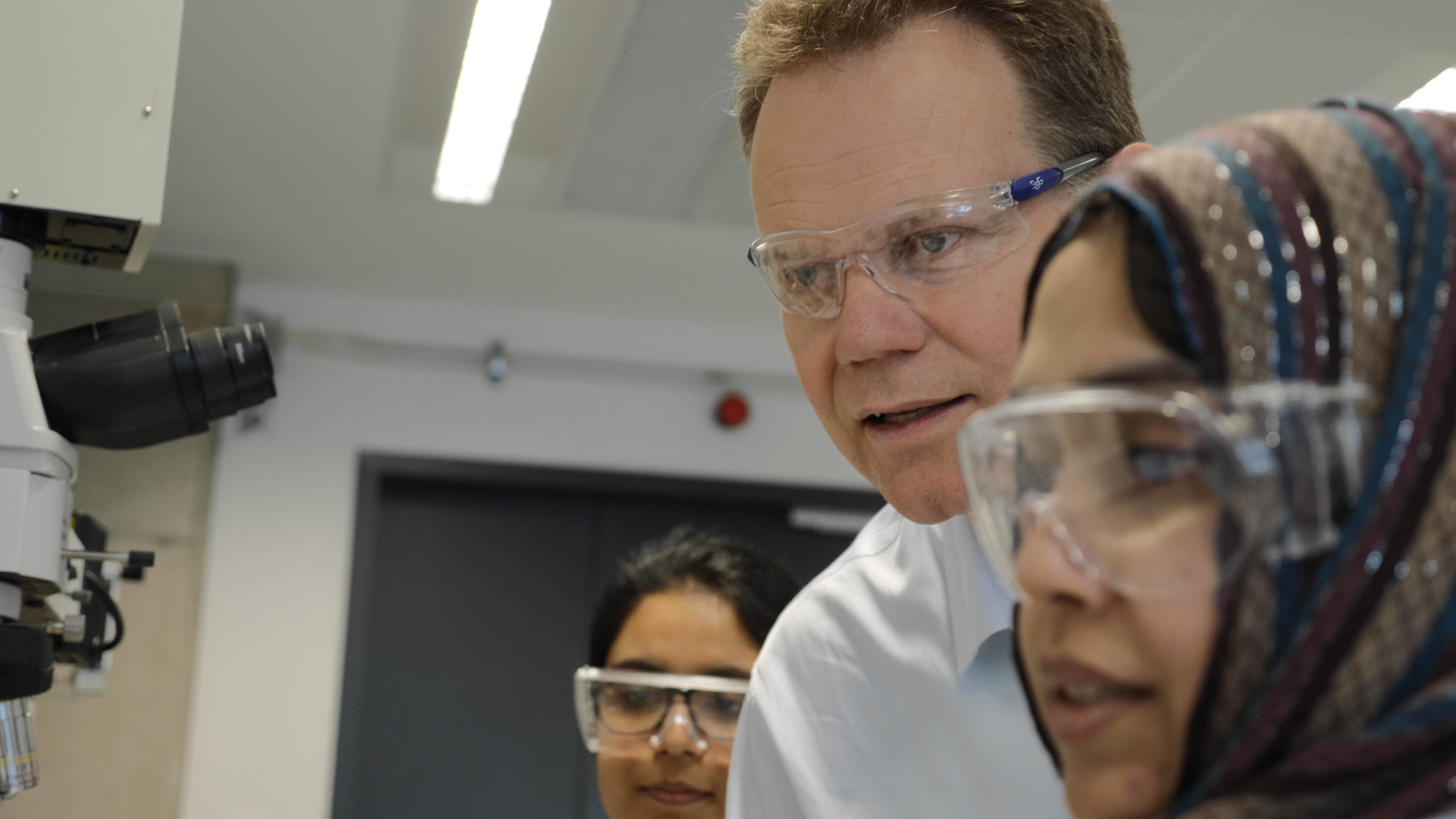 The Coalition for Energy Efficient Comminution (CEEC) and Molycop announced a new collaboration agreement, adding to the visionary group of innovative companies backing the this global communications hub.

CEEC is a global initiative, providing access to the most current technical scientific papers and field studies to the efficient energy practices for the global mining industry.

CEEC is an independent not-for-profit corporation who’s mission is to accelerate the implementation of eco-efficient comminution practices through promotion of supporting data and industry initiatives. 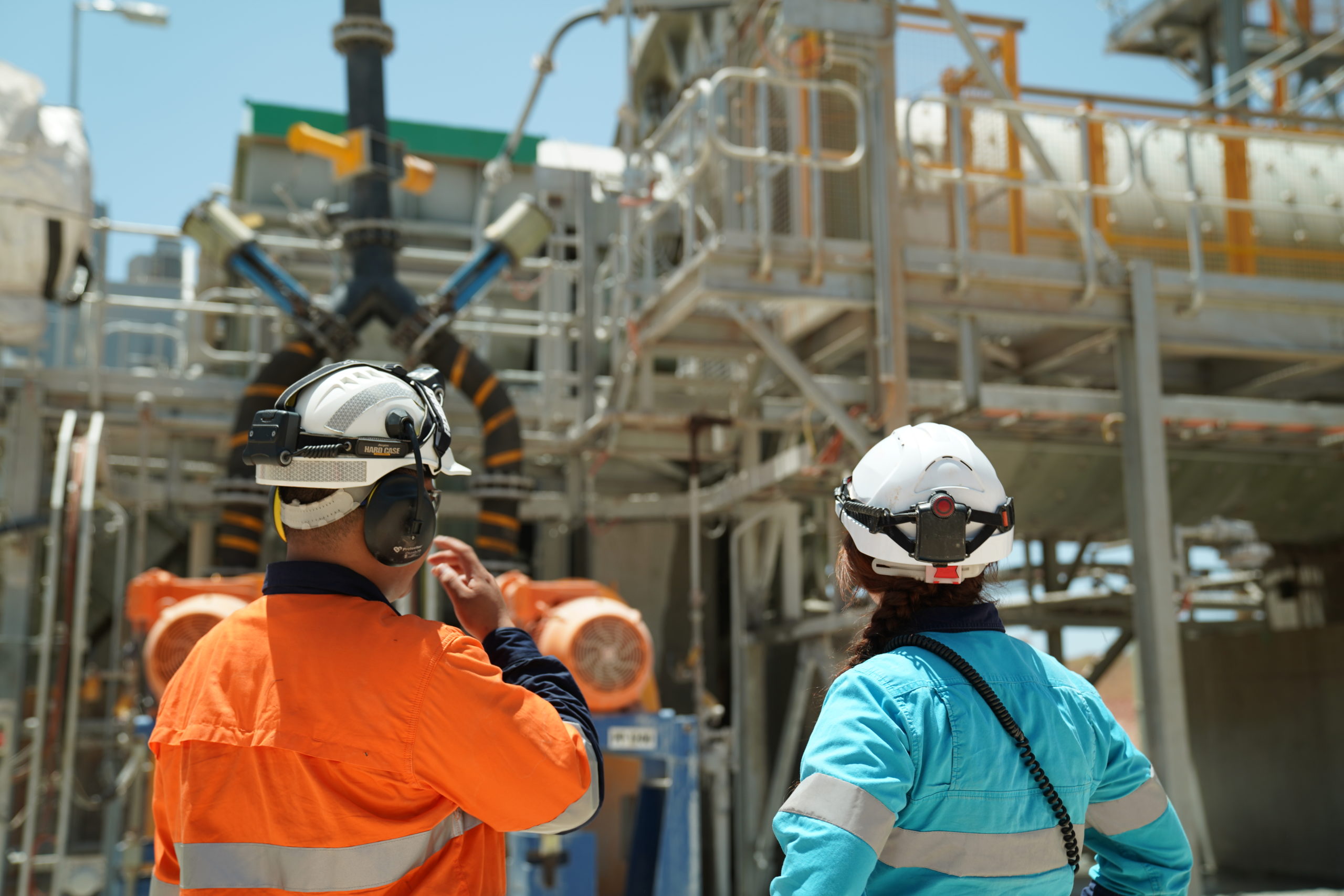 The CEIN is an initiative of the NSW Government through the Office of the Chief Scientist and Engineer to bring together stakeholders from across governments, industry, universities and not-for-profit groups to reduce waste and enhance sustainability by developing a circular economy in which waste is valued as a resource.

Led by Scientia Professor, Veena Sahajwalla, director of the Centre for Sustainable materials Research and Technology (SMaRT) at UNSW, this group aims to bring together a multiplicity of stakeholders from industry, government, and academia.

Molycop is extremely honored to have been invited to join this innovation network and we look forward to lending our expertise and resources to such an important public initiative, particularly through our work with Professor Sahajwalla and UNSW to convert e-waste into materials for manufacturing.

The Network is aimed at better linking industry with government, local councils and researchers to provide an environment in NSW that is conducive to the adoption of new ways of tackling the challenges of the Circular Economy. It will create new revenue opportunities while maintaining a clear focus on sustainability and improved well being Molycop, the global leader in manufacturing and supplying mining consumables is growing its service offerings with the acquisition of Australian national waste management and recycling company JLW Services.

Molycop chosen to share its sustainability journey at a virtual forum hosted by the Energy Efficiency Council.

Molycop Australia already purchases 50 per cent of our electricity from renewables and has invested in efficiency measures to reduce our gas use.

Please click on the link to hear to full podcast https://lnkd.in/gwJxrWb